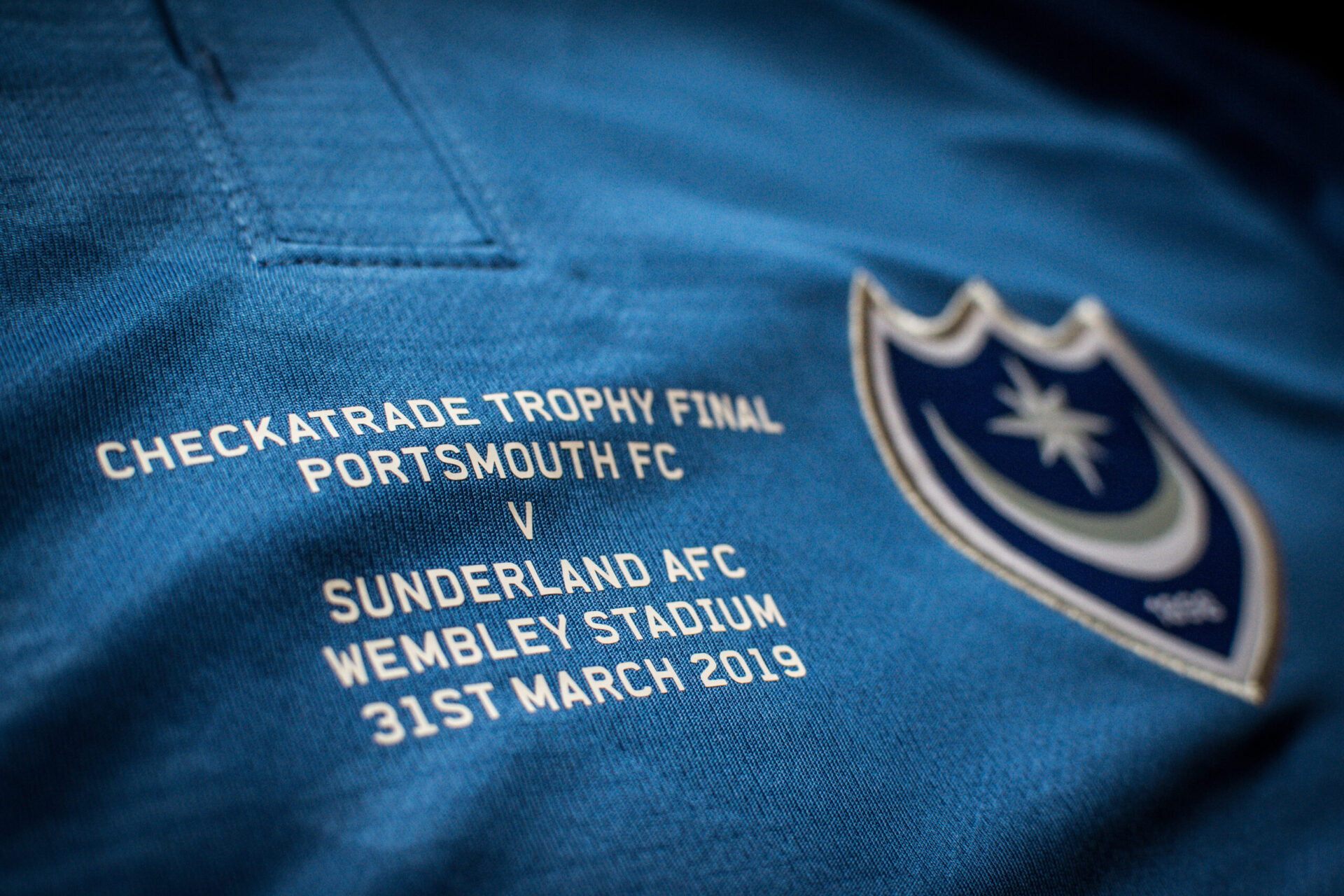 Queuing for a half-time Bovril and Yorkie recently I couldn’t help but notice some shirts painted on the walls opposite the kiosk.  The longer I queued the more familiar they became.

I took a photo of the work in progress and when I got home after the game I double checked and sure enough, they had used the photos on this site as reference!

By the time of my next trip to Fratton Park they had finished the job and here it is in its full glory, good job Sir!

Few of these shirts are pretty unique so there was no question they were the ones i owned.  They have for some reason though, after I first saw them and midway through painting, changed the Utaka FA Semi Final shirt to a Kanu league shirt, but forgot to change the sleeve patches. The Championship shirt worn through the league campaign of 2011-12 has the sleeve patches from the 2010 FA Cup Final.

I did email the club but didnt hear back. I have since found the artist on line and dropped him a line. I will hopefully get some back story behind the whole piece.